To Address the Problem, First Classify the System

Natural or Human? Complicated or Complex? Why does it matter?

In our earlier post, we discussed how the widespread promotion of interdisciplinary water management has not come with an instruction manual on what to do and how. We recognize that many of our water problems arise from a coupling of natural and human systems. Historically, it has been commonplace to draw conceptual boundaries between “natural” systems and “human” systems. Roughly speaking, this distinction has been made between systems governed by invariant physical laws (natural systems) and those involving norms and behaviors (human systems). Natural systems are often taken to be describable in context independent ways, while descriptions of human systems are usually context dependent. While we think it is important that our readers are aware that such distinctions remain prevalent in professional practice today; we do not require that our readers accept the designations of natural and human as the appropriate system signifiers. Rather, we adopt these terms as a colloquial shorthand that allows us to distinguish between the physical laws that suggest that water will flow downhill (natural), and the social norms may dictate that water may flow uphill when drawn towards money and power (human).

The traditional approach has been to treat such phenomena as coexistent but largely independent. However, a growing body of literature on the coupling of natural and human systems suggests this assumption of independence is misplaced. With apparently increasing frequency, researchers and practitioners  are identifying phenomena that defy the dichotomous description of natural or human. These phenomena also resist description by parts: they cannot merely be “built up” from natural or societal components. This evidence points to an irreducible and intrinsic condition that exists in coupled natural and human systems. Interactions of natural and human dynamics give rise to complexity of problems within these systems. Complexity, in this usage. is not a distinction that describes the degree of difficulty involved in solving such a problem, but an intrinsic property of the system from which the problem arises. In contrast to simple and complicated systems, complex systems are characterized by: ambiguous and non-prospective cause-effect relationships; broad and often-irreducible predictive uncertainty; and emergent surprises that dominate system behavior and response.

In describing and identifying coupled natural and human systems as complex we are making a critical distinction that has important implications for how they should be approached by researchers and practitioners. In subsequent chapters of our book, we develop our ideas about the specific types of responses we think are warranted (i.e. problem-driven interdisciplinarity, principled pragmatism). 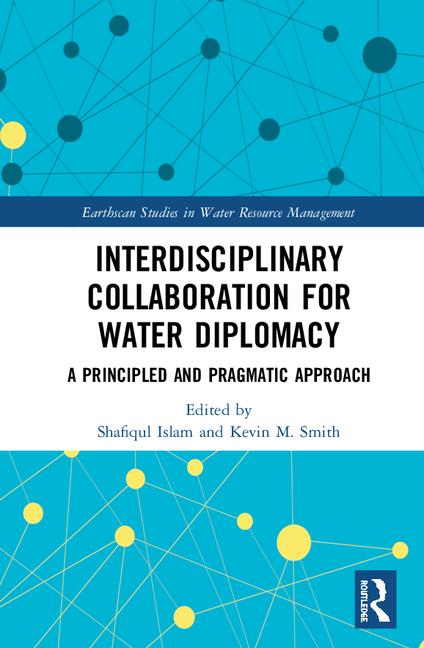 In Chapter 2 of our latest book, we have used the ongoing sanitation crisis in Lowndes County, Alabama as an example of a problem that has arisen out of a coupling of natural and human systems. We’ve argued that this coupling creates intrinsic complexity that cannot be adequately approached by methods and techniques developed for complicated or simple systems. We’ve attempted to avoid describing the attributes of complex systems purely in the abstract (e.g. as systems that possess non-linear boundary crossing feedbacks at multiple scales, etc.). Too often these abstract descriptions lead to semantic debates about what is and isn’t complex. While valuable in some academic contexts, within the scope of the present work these debates serve as a distraction from the more important question: Why do such distinctions matter?

To highlight the importance of recognizing this complexity, we explore how the identification of a system as simple, complicated, or complex puts important constraints on the way problems arising from these systems need to be addressed. We use the example of an ongoing sanitation crisis in Lowndes County, Alabama to help make these distinctions clear. We first examine the crisis as if it were the product of a simple system and examine the approach and proposed actions that might entail. Then, we contrast those outcomes with what we might expect to see if the system were actually complicated. Finally, we argue why the sanitation crisis in Lowndes County is neither simple nor complicated, but rather inherently complex.

A key takeaway from Chapter 2: The way we diagnose and characterize a system shapes our response to its problems. If we see the system as simple, we expect that we can rely on experts (or the marketplace) to develop repeatable solutions that treat root causes and adopt widely available and tested “best practices.” If we diagnose the system as complicated, we seek diverse expertise to create locally-tailored solutions that meet a required level of service. If we diagnose the system as complex, we recognize that expertise is no substitute for the knowledge and understandings derived from inclusive, early, and ongoing stakeholder engagement with an explicit recognition of the capacity and constraints imposed by the context. Misidentification of a system in either direction (i.e. simple as complex or complex as simple) can lead not only to the misallocation of time, treasure, and talent, but also to outcomes that are harmful to the communities we are trying to serve.

Stay tuned for our next post, where we will discuss importance of problem-driven interdisciplinarity as a response to the complexity of coupled natural and human systems (Chapter 3 of the book). Over the course of this six-part series – which we are calling Interdisciplinary Collaboration For Water Diplomacy – we will introduce and exemplify our foundational ideas spanning over three thematic areas to translate theory to practice as illustrated in our upcoming book of the same title.  We will consider our effort worthwhile if it leads you to rethink as well as critique, refine, or replace the argument we are offering here. We look forward to sharing more highlights from the book in the coming weeks – and we invite you to engage with these ideas and send us your critical feedback.  If you are interested in more details about the book, you can visit the publisher’s website. Pre-orders are also available on Amazon.

Kevin M. Smith is a PhD candidate in environmental and water resources engineering and a member of the third cohort of Water Diplomacy graduate students at Tufts University, USA.